The Year of the Horse was ringing out and the Year of the Goat was ushered in. On the afternoon of February 13, 2015, LandGlass held its Annual Summary Awards Ceremony and New Year Party themed with "Striding forward with Wisdom in 2015" in Luoyang Workers' Club, where the company leaders, staff and multiple suppliers gathered together to review the past and look into the future. 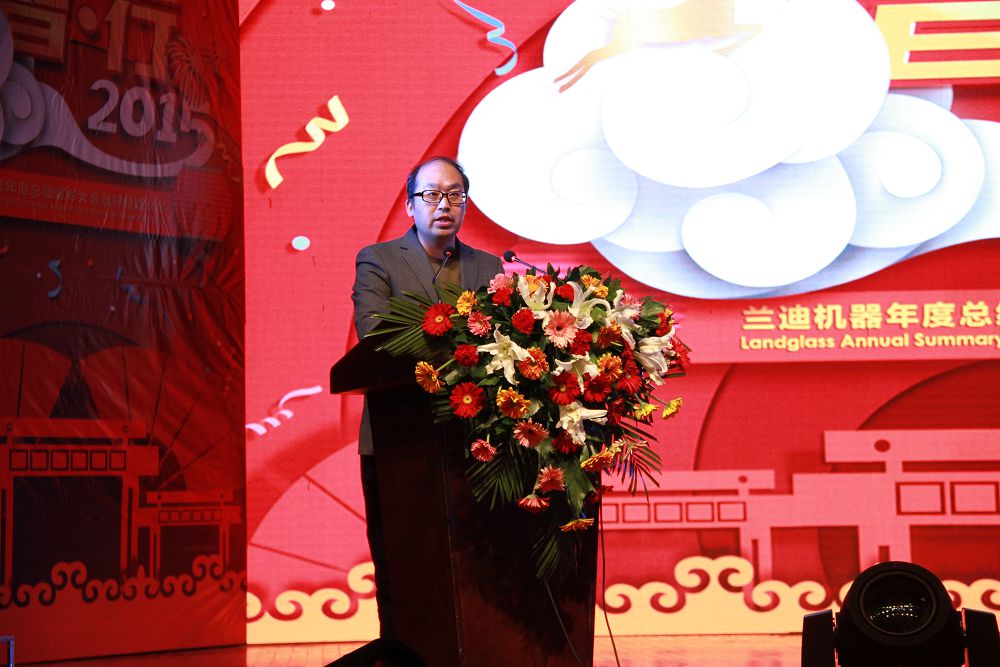 At the beginning of the annual meeting, Chairman and General Manager of LandGlass Mr. Zhao Yan delivered a passionate New Year speech, giving a comprehensive review of hard working LandGlass in 2014, and anticipating promising prospects for LandGlass in 2015. He stated that through years of development, LandGlass had become a technical leader in international glass tempering equipment manufacturing field, and in the future, LandGlass will try to expand its business scope. In 2015, LandGlass will continue to introduce new glass tempering equipment and lead international glass tempering equipment manufacturing field on one hand, and on the other hand, it will take advantage of high-tech new building materials and equipment and open up a new world in the field of new building materials. General Manager Zhao also stated that, both the leading glass tempering equipment and new building materials and equipment, reflected LandGlass' unremitting efforts and achievements in shifting itself from low-end labor-intensive manufacturing to high-end knowledge-intensive manufacturing, and that every member of LandGlass was the driving force of the "Striding forward with Wisdom in 2015" in the company development and would also share the results to be brought about by it in the future! In General Manager Zhao's speech, he expressed great concern about and understanding towards the living conditions of young workers, and encouraged them to hold on and work hard, as their effort today was surely to be rewarded in LandGlass' unprecedented market opportunities! Afterwards, General Manager Zhao and other high-ups presented awards to those individuals and teams who had worked hard and made outstanding contributions in the past year, and called on staff to learn from them. 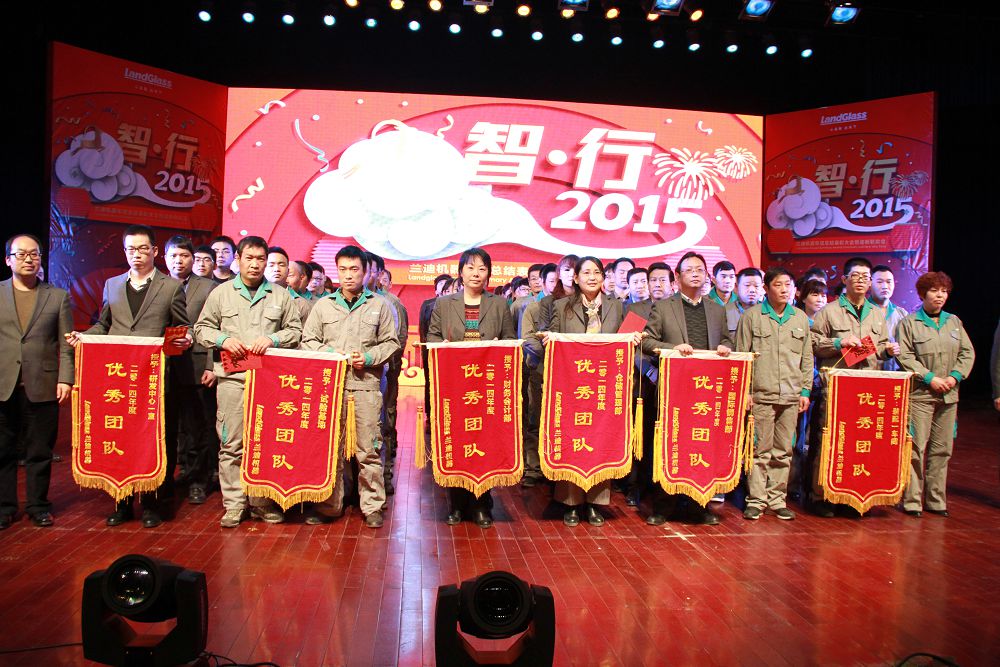 After the award presentation, the New Year party, which focused on the theme of "Striding forward with Wisdom in 2015", kicked off with the passionate opening dance "Splendid Drum Dance". It was a content-rich, positive, innovative and diversified party. The party was held in great atmosphere with exciting moments, where sketches like "Tricks", "The Strongest Team" made people laugh constantly; songs like "Cheers! Brothers" and "Edelweiss" were melodious and sincere; dances like "Where did the time go?" and "Western Style" were graceful and moving; shows like "Humor Pantomime" and "Flute Confront" gave full play to Versatility of LandGlass staff. In the interactive game "Tear Nameplate", the high-ups frequently interacted with the ordinary members, which pushed the party to a climax. At last, the party came to a successful closure with the chorus "Believe We Will Work Miracle". 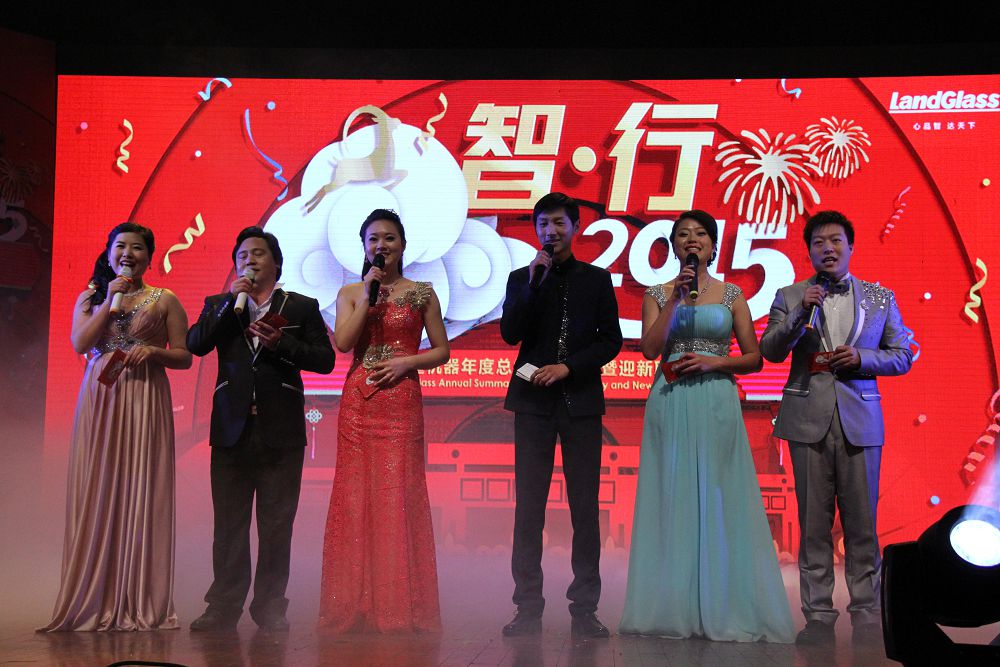 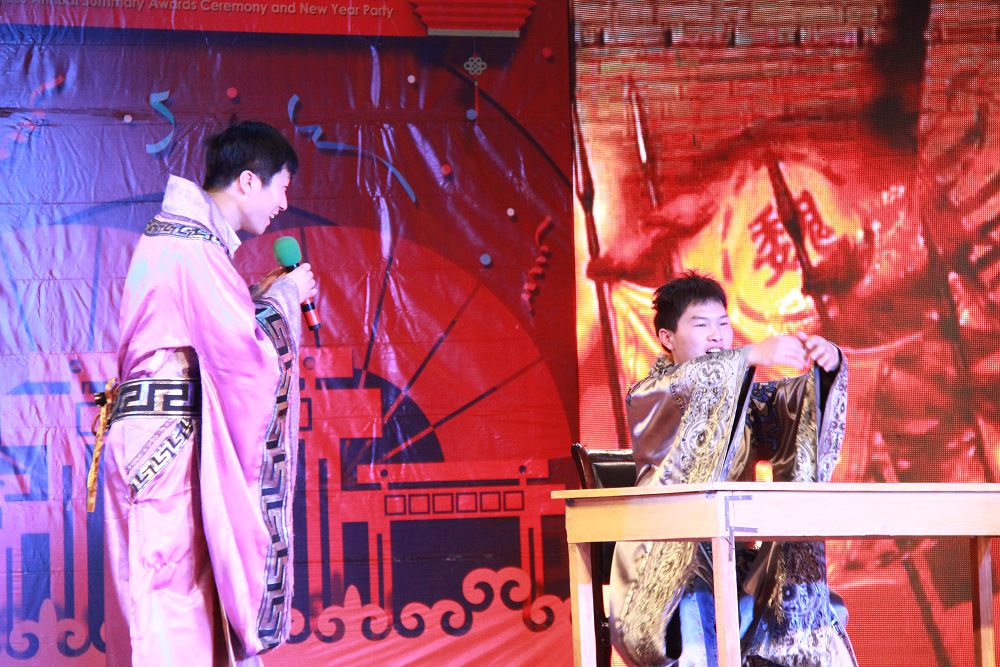 With its wonderful shows and bursts of applause, the party presented a unique audio-visual feast to all the members of the company, and it also embodied the warmth and encouraged the morale of the staff. It is believed that in the coming Year of the Goat, each and every member of LandGlass will work harder to achieve self breakthrough, and help open a new chapter in business development for LandGlass in the new year!